October 2017: SDC is re-starting its cooperation with Eritrea

The official statement >>>
The statement on the partners of cooperation >>> 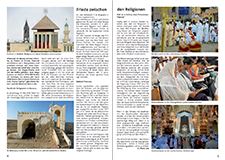 'I Personally Prefer My Songs to Have Traditional Roots' ... Artist Abrehet Berhane

[Shabait] Our guest today, Abrehet Berhane, is one of the legendary Eritrean singers and songwriters who has been performing since the struggle for independence. Born and raised in Asmara, she joined the EPLF at a young age to fight for Eritrea's independence.

Seminar to Nationals in Hamburg

[Shabait] Mr. Kibreab Tekeste, Eritrea's Consul General in Frankfurt, and Mr. Kahsai Tewolde, head of Public and Community Affairs at the Eritrean Embassy in Germany, conducted seminar to nationals in Hamburg and its environs focusing on the objective situation in the homeland as well as on the national development programs.

[DW] Locals said convoys of Eritrean forces aligned with Ethiopia's government were pulling out. The US hailed the "ongoing withdrawal" as a key step to peace after two years of fighting.